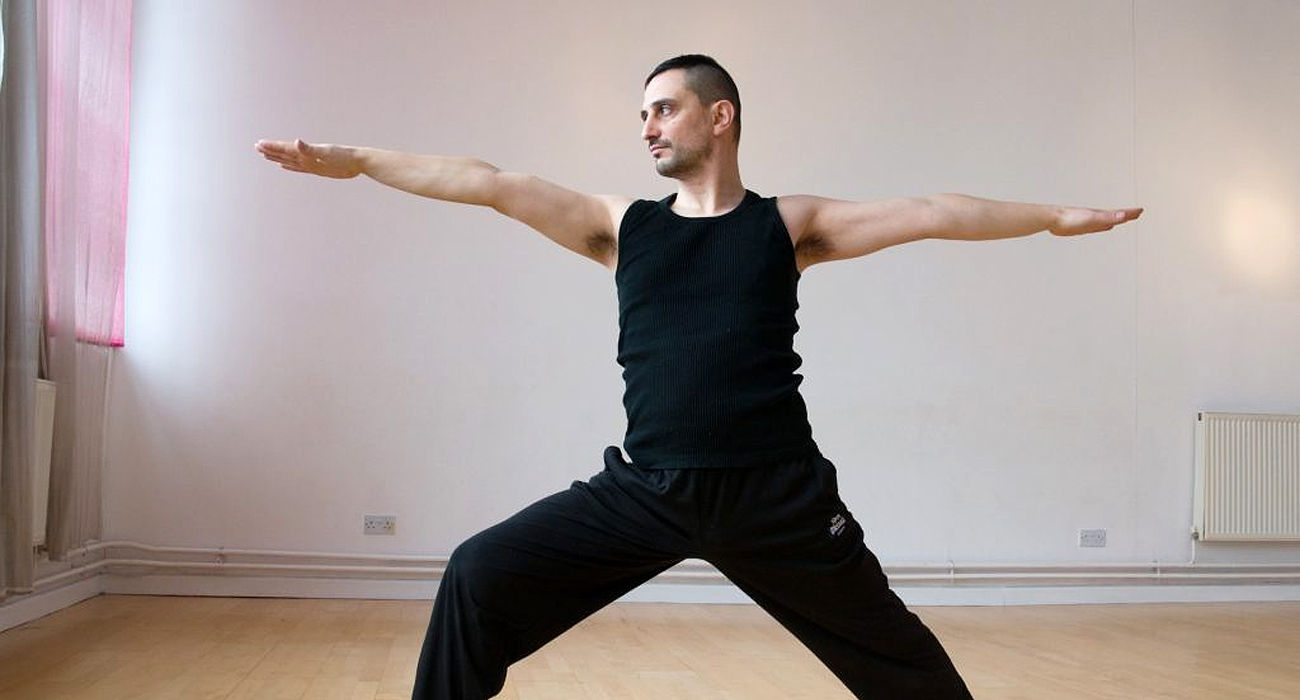 The Hatha Yoga Pradipika (HYP) is perhaps the best-known classical book on Hatha Yoga. It has been translated, commented on and referred to more than perhaps any other text save Patanjali and has had a huge influence on the way Classical Yoga and Tantra are taught today. Few realise however, that the model of health and wellbeing on which it is based refers to the paradigm of Ayurveda- the traditional system of Healing in India.

The Hatha Yoga Pradipika was written around the 15thCentury AD, which is considerably later than the Ayurvedic text Charaka Samhita that was thought to have been written around 700BCE (give or take a few hundred years).

The Hatha Yoga Pradipika based its understanding of the body and mind on the large corpus of literature that came before it both in Yoga and Ayurveda. This was a pre-science period so an older model of Anatomy and Physiology was adopted that was more “holistic” or perhaps “energetic” in its portrayal of the human body.

There are many references to this model in the HYP that are not fully recognised or appreciated by classical Yoga practitioners because of a lack of education in the Ayurvedic model of Health. This article aims to address this issue to help practitioners understand the significance of various stanzas or “slokas” that refer to a broad variety of “benefits” that may not make much sense to the modern western mind.

This overlap is probably due to the fundamental links between the sister sciences of Yoga and Ayurveda and Samkhya philosophy. Both draw heavily upon this worldview.

Before I start explaining specific slokas from an Ayurvedic perspective, it’s worth starting the discussion with a little Samkhya preamble so that the techniques discussed in the HYP are not judged in isolation.

The concept of Prakruti and Purusha form the backbone of Samkhya philosophy and should be understood in the context of HYP. The body is an expression of Prakruti- the manifesting aspect of life. We are part of Mother nature who is constantly reinventing herself in greater and greater varieties in response to the needs created by the various combinations of clashes between the 5 elements (Panchamahabhutas- Earth/ Water/ Fire/ Air/ Space). For example, if there is constant drought, nature eventually adapts to it and evolves accordingly. In a temperate climate, nature will take advantage and create its greatest variety of self-expression. What is this self-expression? It is life seeking to experienceitself. Life without form is known as Purusha. It is life in its passivestate. It is the unchanging aspect of life that just is.

Prakruti uses the 5 elements (Earth, Water, Fire, Air, Space) to create different forms- Nama (names) and Rupa (forms) but that which is manifested and animated is inherently unstable and ever-changing because life is alive. So we cannot expect to find stillness and stability for long in Prakruti. The 5 elements are constantly interacting with each other to bring contrastto the existence. Contrast creates variety, creates conflict, creates drama. Isn’t Thunder exciting? We experience this natural conflict in our own relationships and on some level we enjoy it. Didn’t someone once say that God had a great sense of humour when s/he invented us? Well we invented ourselves! We are just expressing all that is natural. We are in conflict because Prakruti is designed that way. The 5 elements are constantly clashing. But ironically, there is a perverse harmony that emerges from the conflict. Nature finds resolution and something new is formed. Equally, we evolve out of our own conflicts. How else can we evolve if not through the experience of contrasts.

When conflicts arise within us, we call this disease. We are then forced to act. Without action, we prolong suffering because we have not responded to the demands nature has placed upon us. We have to play the game of life. If we refuse to adapt, we die and get put back in the washing machine of existence and get recycled into another life form.

The HYP is a system of alchemy that addresses this lack of control. The techniques teach us to recognise imbalances and to empower ourselves by understanding the energetic formulas of life. As we recognise the links between Thought, Action and Manifestation, we take more notice of the food we eat and the way we think. The Ayurvedists and Tantric practitioners discovered how to create the conditions to manipulate the forces of nature within themselves. They discovered how to keep the 5 elements in balance and how to manipulate the Prana or life force to experience higher states of consciousness. A summary of these techniques is found in the HYP and other tantric texts on Hatha Yoga. The conditions needed to be able to establish a fundamental control over the 5 elements is also part of this model.

In order to gain control over Prana, it is important to ensure that the Ayurvedic DOSHAS  (VATA, PITTA, KAPHA) are in balance and the body is relatively clear of toxins or AAMA. The HYP manual gives us general instructions on how to do this but not in enough detail to really practice effectively. The detail, it states, must come from a GURU or an experienced teacher who has trodden the path of Tantra.

The system of Hatha Yoga as propounded by the HYP states clearly that the practice of ASANA is the best place to start. This is because, it was believed that one cannot expect a practitioner to move from a TAMASIC or heavy negative state to a SATTVIC or balanced state of mind simply by way of Will. It doesn’t really work. Why is the road to hell paved with good intentions? Because the subtle sheaths of the body are full of impurities (Pranamaya and Manomaya koshas). You cannot hope to clear your destructive subconscious drives until you have made the body a bit stronger and healthier. This is because one simply doesn’t have the energy or the will to apply any of the more subtle (and powerful) techniques needed to clear to Tamasic mind set. As the body gets healthier, it becomes possible to address the more subtle Doshas of the mind (RAJAS and TAMAS).

The main health benefits presented in the HYP relate to

AGNI. This is generally translated as Digestive fire but it is a much bigger concept than that. Agni represents the health of the metabolism as a whole. The main digestive fire (Jathara Agni) is located in the digestive tract and if this is weak, then all other Agni’s in the body will be affected. Every cell in the body ultimately has is own powerhouse or Agni driving it. Agni is mentioned everywhere in the HYP and this is really no surprise to Ayurvedists. Agni is a central idea in Ayurveda and its restoration is the most important factor in sustained good health.

Matsyendasana  (Half Spinal Twist) is the first pose where Agni is mentioned. However, by implication of the text as a whole, all Asanas affect Agni.

“Practice of Matsyendrasana increases Agni to such an incredible capacity that it is the means of removing diseases and thus awakening the serpent power (kundalini) and bringing equilibrium in the bindu.”

A lot of Yogis refer to Patanjali’s Ashtanga (8 limbs) Model of Yoga presented in the Yoga Sutras. On this basis, they assume that Pranayama follows Asana as the third limb but the HYP has other considerations. Is the Pranic body pure enough for Pranayama? Can the body take a higher charge by practising these subtle techniques? To ensure a smooth transition, the HYP recommends the Shatkarmas or 6 cleansing actions. These include some old favourites like Tongue scraping and Nasal douching (now also used in the NHS amazingly but its origins are not acknowledged- God forbid!). There are other useful practices that are widely used in Ayurveda like:

Dhauti- This category involves quite a few practices including an Ayurvedic practice known as Virechana, which is Purgation therapy. This is the best treatment for clearing Pitta dosha. The Bihar School of Yoga have adapted this into another old practice called Shankhaprakshalana- an effective system that incorporates many of the Shatkarmas.

Kunjal is the Yogic version of an Ayurvedic practice known as Vamana or Emesis. In simple terms this is Vomit therapy which is use to clear out excess Kapha dosha in the form of Mucus from the upper body.

Once the body is clear of Aama (Toxins) and excess Doshas, then the HYP opens its arms and says, welcome to the world of Energy practices, which include:

Pranayama (control and expansion of Prana

Alchemical practices involving the use of Mercury (Don’t try this at home!)

The techniques recommended in the HYP get more and more hair-raising as you go so obviously it is best to learn from an experienced teacher and even then, common practitioners rarely do the most advanced practices.

I hope this short piece has given you some insight into the thinking behind the HYP and how it relates to the vast and rich corpus of knowledge of Ayurveda.

I give workshops on this subject from time to time so do check what I’m up to.